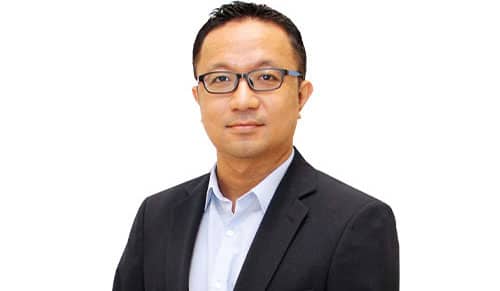 Systemic chemotherapy can be an ordeal for patients with cancer due to associated adverse effects.

Mahkota Medical Centre Malaysia, shared with MIMS Doctor about his experiences with HIPEC and

PIPAC in the treatment of abdominal cancers.

In government healthcare institutions, HIPEC has been available since 2018; PIPAC, since 2019. Likewise, the practice [of PIPAC] is limited due to resource limitations and the lack of skilled, well-trained surgeons specializing in this method].

In HIPEC, surgeons will firstly remove most    if not all of the visible tumours in the abdomen, especially the lining of the abdomen (peritoneum).  Heated chemotherapy fluids are then administered into the abdominal cavity to continuously wash the entire abdomen for 30 to 90 minutes. The abdomen is then closed and surgery is completed. [Both] the heating and continuous direct wash increase the penetration and cytotoxic effects of chemotherapy against residual cancer cells in the abdominal cavity.

For PIPAC, laparoscopy, which is a minimally invasive surgery, is performed first; the abdominal cavity is infused with carbon dioxide under pressure so that the organs and tumours can be examined via a camera. Chemotherapy drugs are then aerosolized with a special device and infused into the abdomen during the laparoscopy. This way, the distribution and penetration of chemotherapy drugs are improved.

For peritoneal cancers, HIPEC and PIPAC have both been shown to have better distribution and penetration directly into cancer cells, which therefore creates a superior cytotoxic effect. Conventional chemotherapy, which is administered intravenously, is known to have poor efficacy against peritoneal tumours.

Given that the mode of the drug delivery is different, the safety/ adverse effect profiles between HIPEC/ PIPAC and conventional chemotherapy are different. HIPEC and PIPAC are surgeries, and thus surgical risks would be taken into consideration.

HIPEC and PIPAC are invasive because they are part of surgical procedures. HIPEC especially involves major surgery to remove most if not all the visible cancers in the abdomen, while PIPAC is less invasive than HIPEC as it is delivered laparoscopically. Conventional chemotherapy is delivered via the intravenous route and represents the least invasive mode.

HIPEC and PIPAC are specifically considered for peritoneal cancers. Peritoneal cancers are a specific group of cancers usually spread from other primary cancer sites, including colorectal cancer, gastric cancer, and ovarian cancer.

Therefore, HIPEC/ PIPAC treatments are generally suitable for stage 4 patients with peritoneal metastases. However, there are other cancers that originate primarily from the peritoneum, such as mesothelioma and primary peritoneal cancer, which could also be treated with HIPEC/ PIPAC.

For colorectal cancer, conventional chemotherapy is usually recommended for high- risk stage 2 patients, as well as all stage 3 and 4 patients. An increasing number of studies has also shown that HIPEC can be performed as prophylaxis for high-risk tumours, such as in cases with perforated stage 2 or 3 tumours or locally advanced tumours, to prevent recurrence.

Depending on the primary disease, HIPEC is usually a one-off treatment during surgery. However, patients may need to undergo conventional chemotherapy either before or after HIPEC to prevent systemic cancer spread.

For PIPAC, the treatment cycle is usually every 6—8 weeks in conjunction with conventional systemic chemotherapy.

HIPEC essentially involves major surgery, and therefore, unsuitable for elderly patients or those who are unfit to undergo major surgery. Patients who have a bowel obstruction and very extensive disease would be advised against undergoing HIPEC/ PIPAC.

Here is a list of papers for further information: